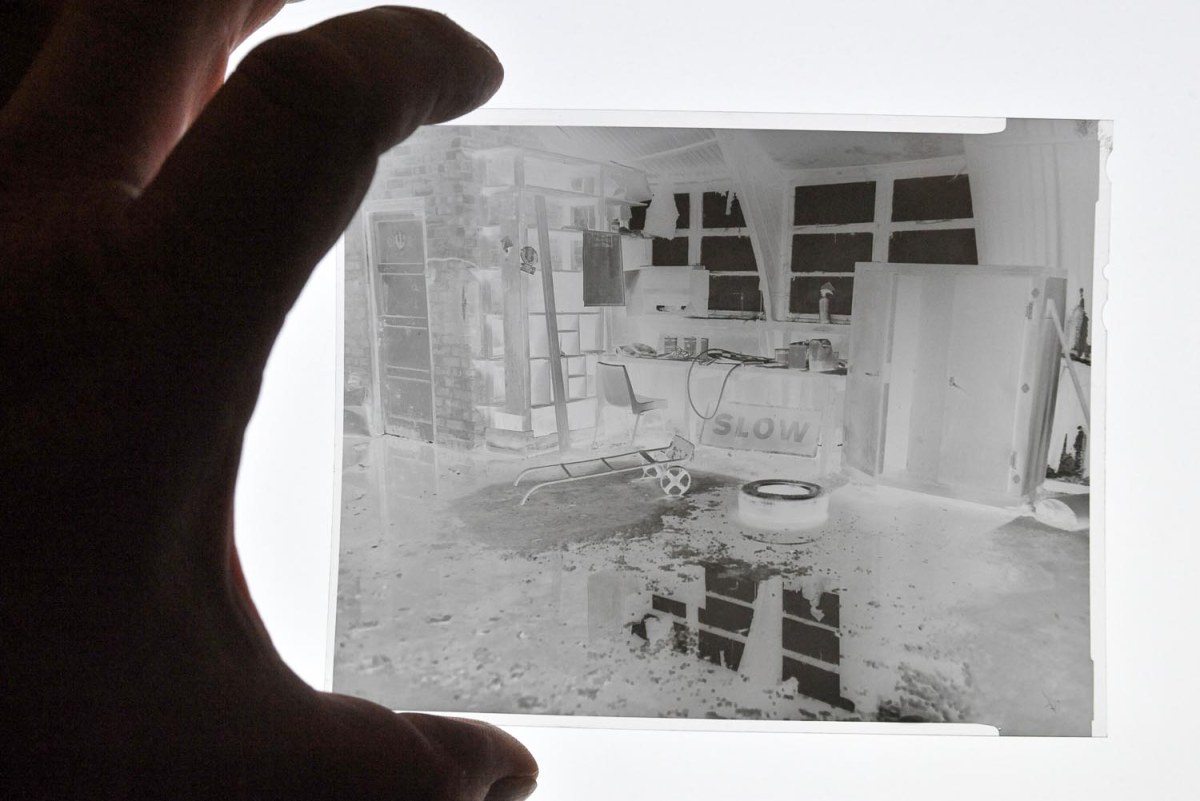 I think you could say I am direct, blunt, in your face, a ‘say it as it is’ type of a guy. I tend to speak a bit too quickly and be a bit too blunt. I used to think I was just being honest and open, as I’ve got older, I realise it can cause problems and sound rude.

I remember when I was 16 in the 1970’s, that can’t be right, it makes me in my fifties now. Surely, I’m not that old. So, I had just started work and I was working in London in a photographic studio. Not as glamorous as it sounds, because I worked in the black and white processing lab attached to the studio. I printed up photos for professional photographers that were used in magazines and for displays. There was also a larger photo department with a De Vere Mk 10 enlarger, that printed huge black and white photos many feet wide and high. These were used in exhibitions and on one off billboards. These days such things are produced by large laser printers. In those days a small run of prints had to be done photographically as any other form of printing cost too much to set up for a small run.

I am going to make an aside here, this was the 1970’s and I know a lot of people post things on Facebook about a ‘rose tinted’ lack of health and safety in the 1970’s. I just want to balance that a little, health and safety can be a good thing. I was a trainee along with a young girl also about 16 at this photographic studio. We were used as human packing to transport precious photos to exhibitions. Yes, you heard right. When the company had high value photos to take to an exhibition, evidently higher value than us. They put the two of us in the back of the van to hold the large photos and stop them getting damaged, no concern for us getting damaged. The van driver was not careful in his driving around London. He made no allowance for having two young people unsecured in the back. Both our hands were holding the photos and there were no seats, so we were leaning, half crouching against the side of the van. One day he slammed the brakes on so hard we were both thrown forward. The girl was hurt much more than I was, and she never returned to working at that company. I heard that she had whiplash and back injuries and couldn’t work at first. I really hope she recovered. I for one am glad that companies can’t get away with such things now.

Back to the photo studio. I coveted working in the large printing department. It had a photographic enlarger that was so large it was on a train track, used large negatives, and projected the image onto rolls of photo sensitive paper held on a long wall by magnets. The room was huge, a bit cold in winter, but a fun place to be for a young man. To develop the exposed paper, you rolled it through giant baths of processing chemicals. I would be sent down occasionally to help with this part if there was a big job on. Rolling the paper through developer, stop bath, fixing agent and finally a wash bath. The sheer scale was exciting. The guy who worked there was called Gary and one day he told me in confidence that he was leaving for a better job. But he also said:

“Don’t tell Alan.” That was our boss. “I will tell him at the right time, once it’s all finalised.”

What did I do in my excitement at hearing the job was becoming available? Next time I saw Alan, I totally forgot I was meant to keep it a secret and blurted out.

“Can I have Gary’s job when he leaves?”

I was not very popular with Gary after that. Don’t worry, he did get his new job. But you know the worst bit? I didn’t even get his job after he left. Apparently, I was too young and inexperienced, as if.

My big mouth seems to have a habit of speaking too quickly. A few years later I was working as a manager in a company. Yes, I had worked my way up over the years and it wasn’t a photographic company. I came back from lunch one day to find that my staff had received a visit from a lady in accounts who enjoyed trouble making. She had spent a while stirring up dissent. Not knowing that she had walked in behind me while one of my staff told me this. I then expressed my opinion of her trouble making nature. I don’t think I really held back on saying what a pain she could be. I did wonder why the chap I was speaking to was looking behind me rather than at me as I spoke. Lessons learnt, don’t be rude about people even if they cause you difficulties. Always look behind you. Think before you speak.

Those who have read my other blogs, will know I am a Christian. As a Christian I know it’s important to be loving towards everyone. As a human being, I fail in that all the time. God loves us not because we are perfect, but even though we are not. A church is just a place full of sinners who recognise the fact and are asking God’s help. OK, preach over, back to the blog.

I also seem to have a similar tendency to be blunt and say the wrong thing in what I write. I have noted that some things I say have been misconstrued. Odd really considering that my first blog was about misunderstandings in language. The way carers sometimes say things (“Shall we get dressed now?) Pot, kettle and black jump to mind. Of course, my carers do point out my inconsistency to me, with a raised eyebrow. Especially when I say,

“Shall we hoover the floor now?”

It seems somehow more inclusive saying it that way, it’s also good to say to Mary when she comes back:

“We washed up, we tidied the front room and we got me washed and dressed.”

I feel I really achieved a lot in my deputising. Supervision is an important role, even when it involves me doing absolutely nothing.

I am sure that when I am old and grey. When I am older and greyer. When I am extremely old and totally bald. Well, I am hopeful that at some point before I die, I will become better at thinking before I speak and being gentler in my words. My big mouth does seem to get me in trouble.

Tell your friends and do use the share buttons.

There is a button on the right if you want to follow me.

I decided to write about the funny side of being cared for. I am a full time wheelchair user with daily carers. It's my experiences with my carers that inspired this blog. View all posts by Mike Nevin

This site uses Akismet to reduce spam. Learn how your comment data is processed.